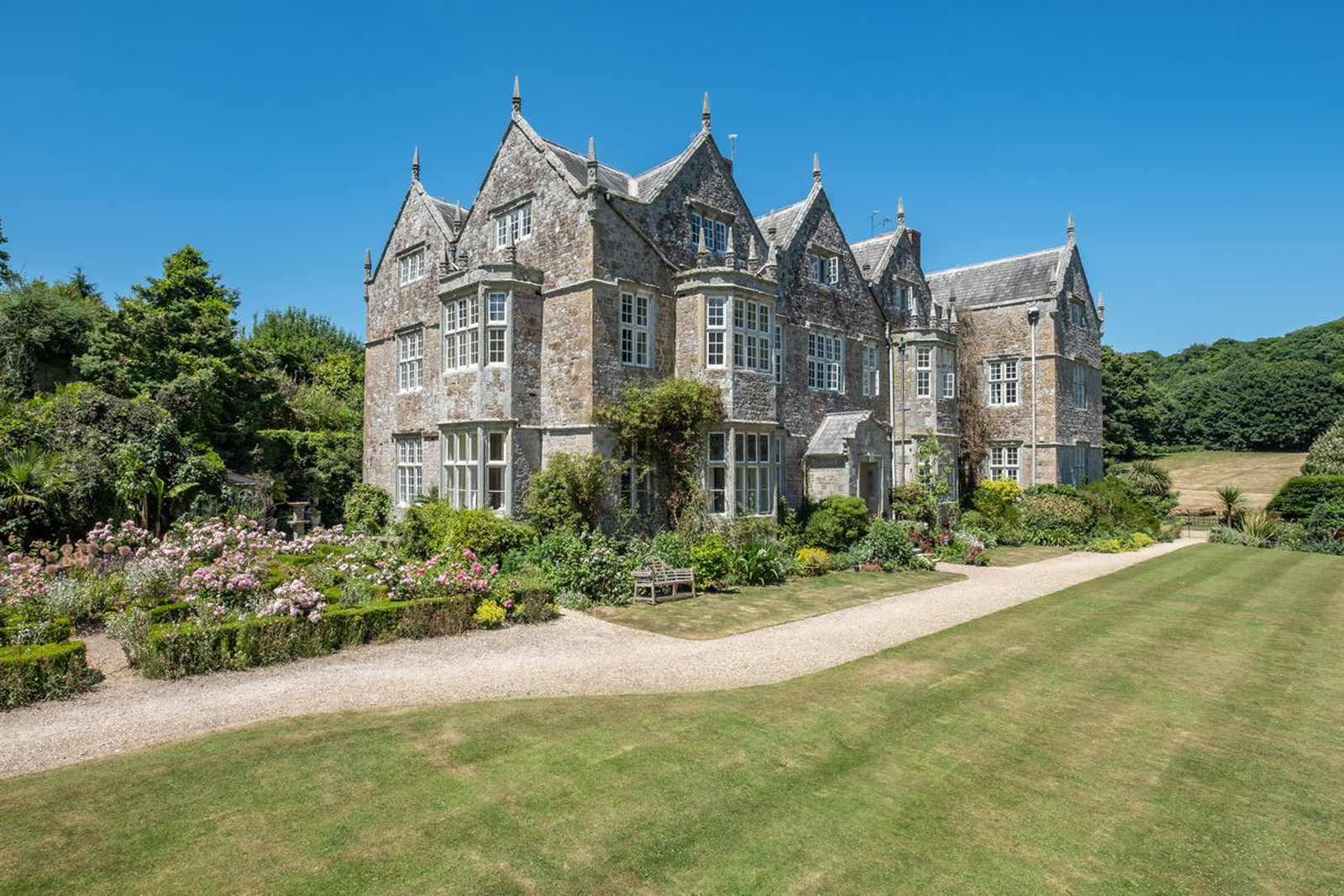 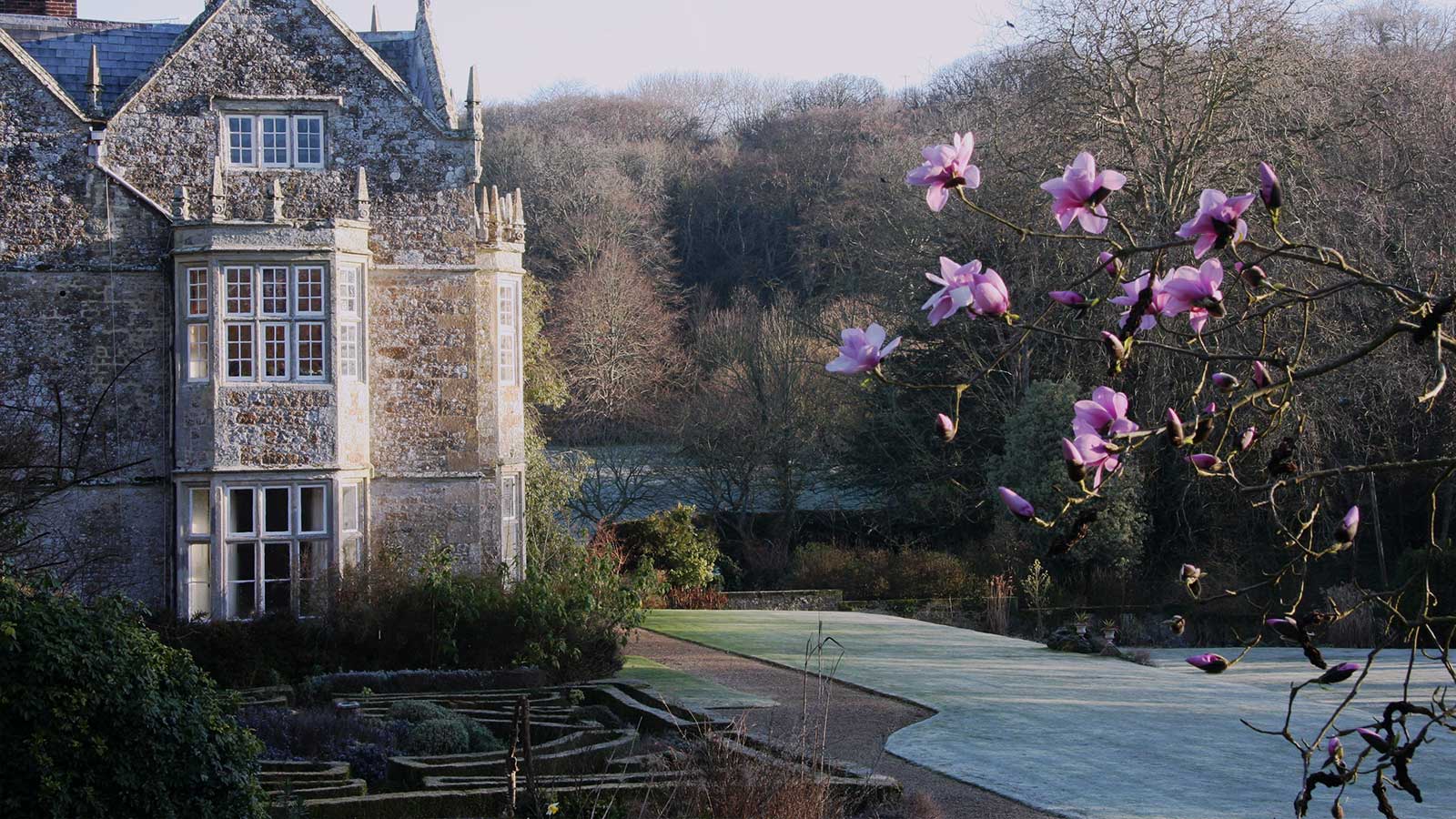 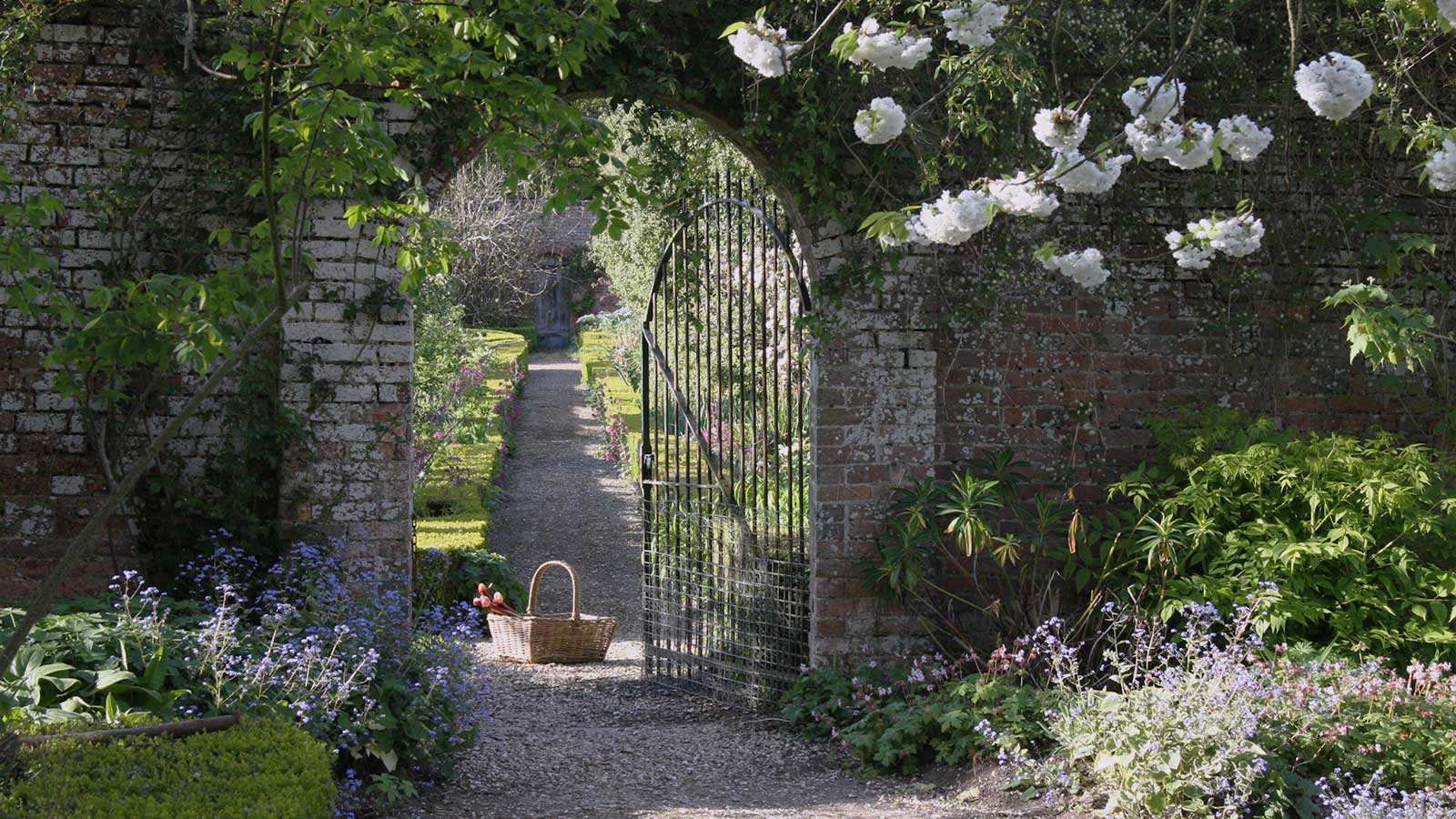 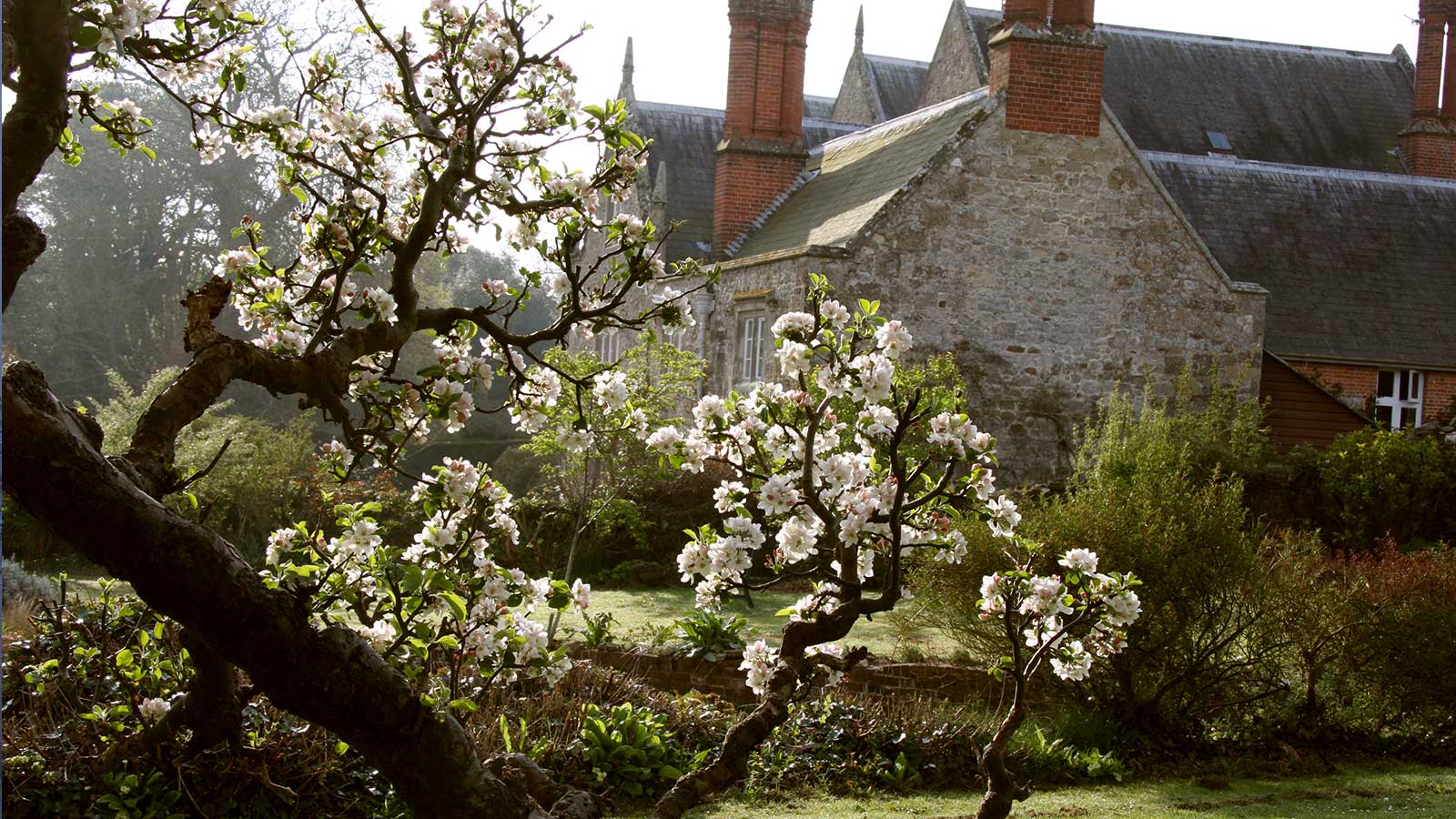 Northcourt, the largest of the Island’s Jacobean manor houses on the Isle of Wight, was built in 1615 on the site of a monastic building, dating back to the 13th century.

Northcourt Manor, the largest of the Island’s Jacobean manor houses on the Isle of Wight, was built in 1615 on the site of a monastic building, dating back to the 13th century. The present house was started by Sir John Leigh, a deputy governor of the Isle of Wight, and completed by his son Barnaby Leigh on his death in 1629. It passed through onto to Sir Henry Percy Gordon, who greatly enlarged the estate, with five farms, stretching to around 2500 acres. He was the uncle of Algernon Swinburne, the Victorian poet, who stayed at Northcourt frequently. Much to Swinburne’s dismay, Sir Gordon’s daughter Mary, married a neighbour of their Scottish Estate, General Robert Disney Leith, who later acquired the title of Lord Burgh and resided at Northcourt.

The manor was purchased by the Harrison family in 1962, by chance, after being gazumped on a bungalow in Yarmouth. The family have set about restoring the house and gardens, which John and Christine have continued to do so, since they bought Northcourt from John’s cousins in 1984. Subsequent acquisitions from other family members have resulted in John and Christine taking on the whole estate, including Northcourt House (north wing) and Little North Court (west wing). Eldest son, James, has now returned to the Island with his wife Katherine and young family, to take over the running of Northcourt House and Little Northcourt, and to continue the ongoing sustainable restoration of the estate. This continues with the recent installation of the biomass boiler which provides hot water and heating for Northcourt Manor, and plans for the restoration of the Stables buildings.

The 15 acre, glorious garden enjoys a very special microclimate, nestled below the Downs between the chalk and greensand ridges. This microclimate and soil conditions give us the opportunity to grow around 4,000 different plant varieties from around the world from subtropical plantings of exotic palms and bananas to bog loving primulas, arums, and Mediterranean plants.

Northcourt Manor was chosen as a site for a monastic settlement because of the constant spring water which bubbles up from underground chalk aquifers and feeds the stream, pond and bath house. Stone bridges cross the crystal clear water, and provide access to the village shop, church and pub. The garden rises 100 feet from the stream to the terraced woodland walks with distant sea views. The terraced walks to the north lead down to the one acre organic productive walled kitchen garden and where James and his family live in the Gardener’s Cottage.

Throughout the garden we aim to work in harmony with the environment, with naturalised style herbaceous borders, wildflower meadows and woodland areas, and minimal use of pesticides or herbicides. Wildlife thrives in the garden, with red squirrels occasional visitors, buzzards and sparrowhawks often seen flying overhead, barn owls and little owls nesting in the stables, wall lizards and slow worms seen sunning themselves, and even glow worms on warm summer evenings.

Our self-catering guests are welcome to walk through and explore the private gardens within certain pre-determined times.

Further photos of the gardens can be viewed here: flickr 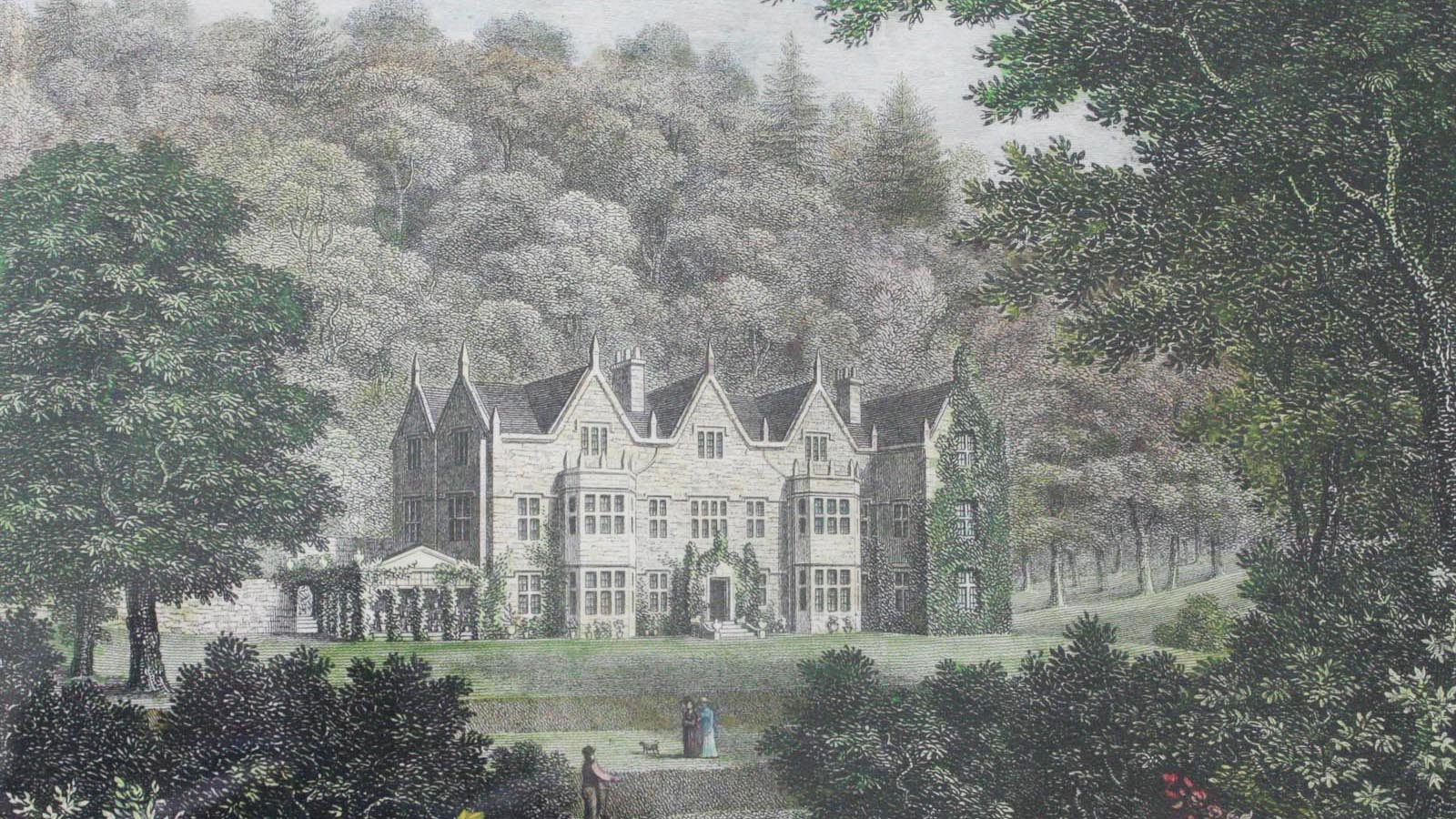 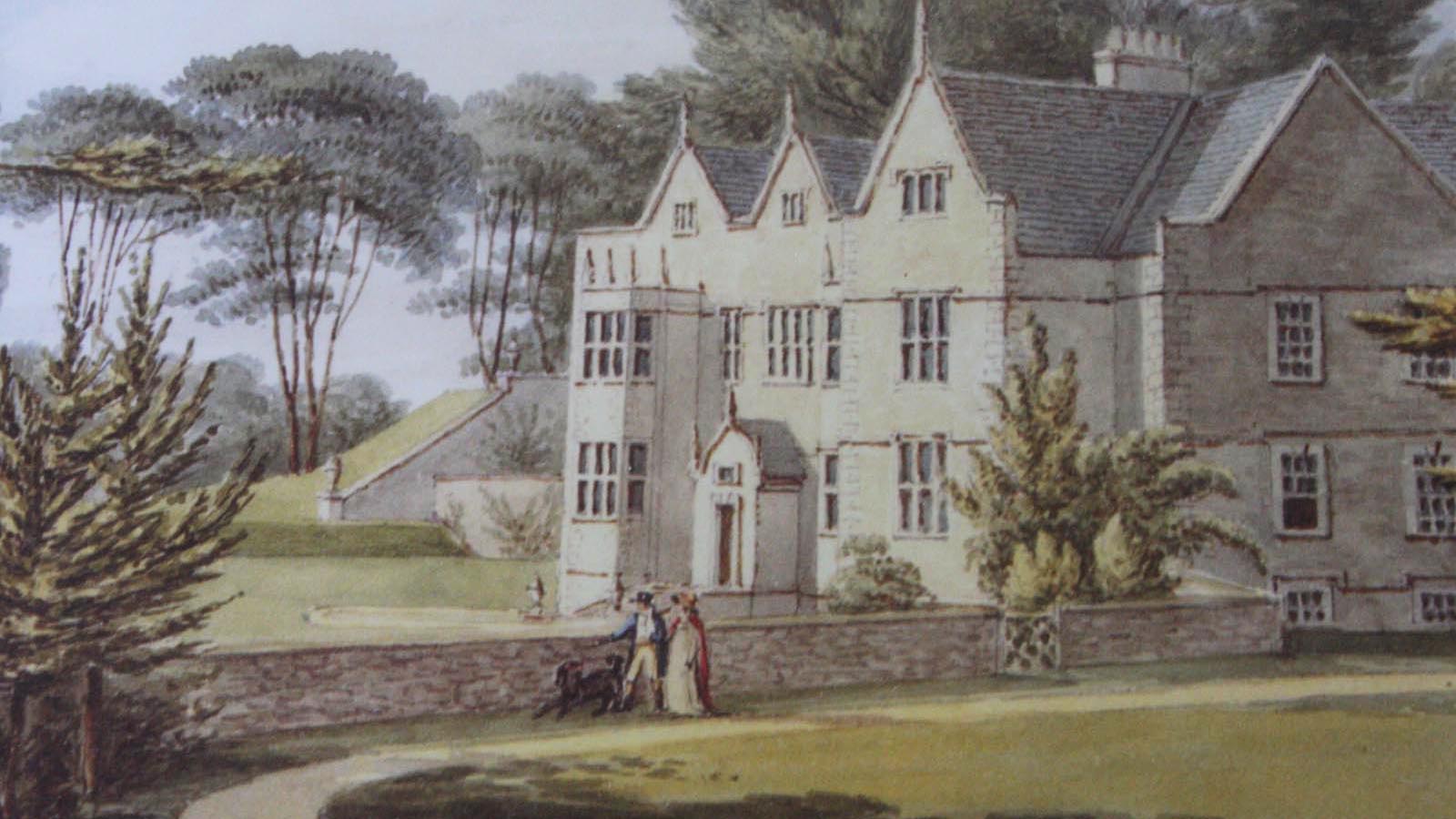 House from the south 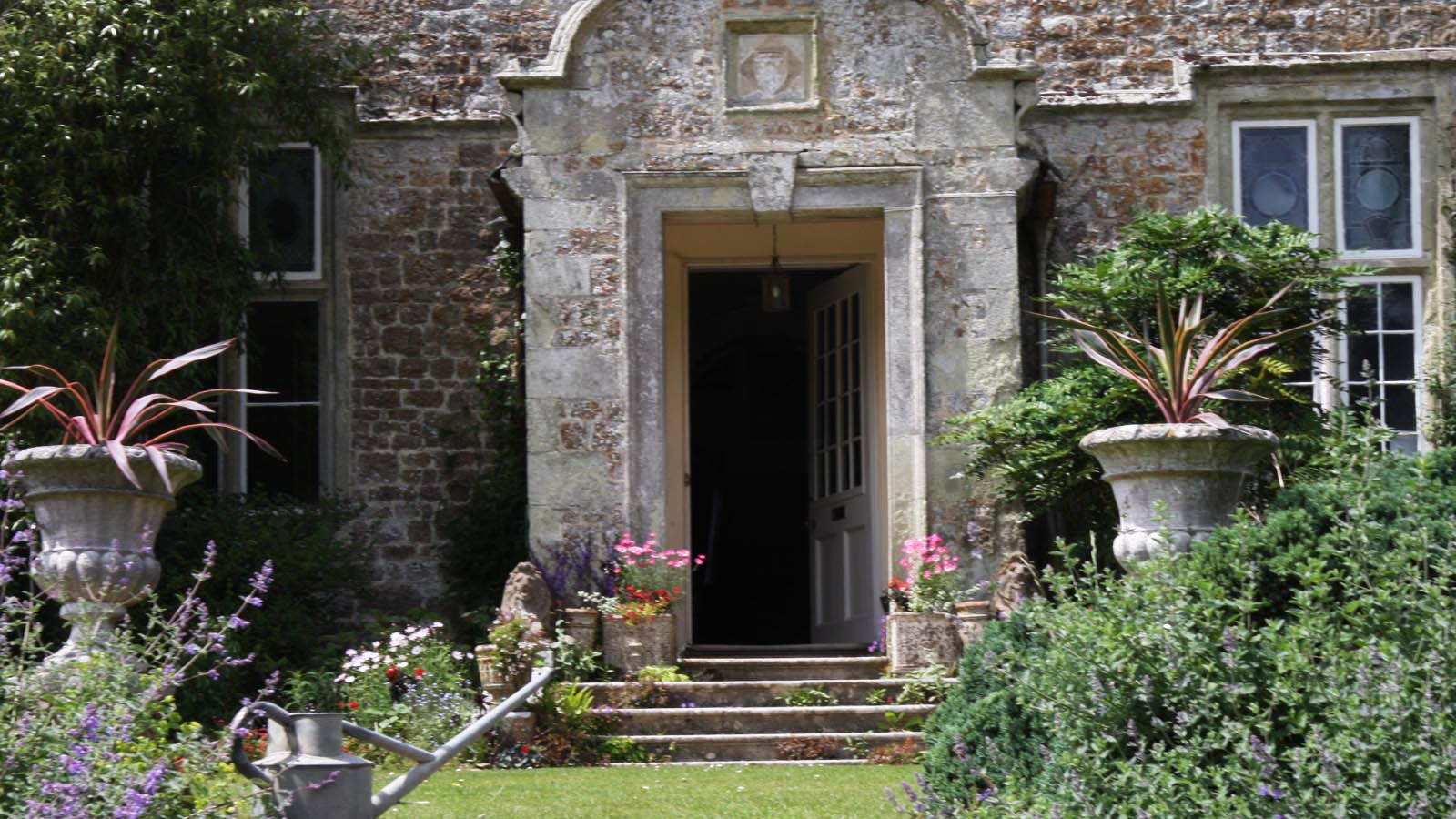 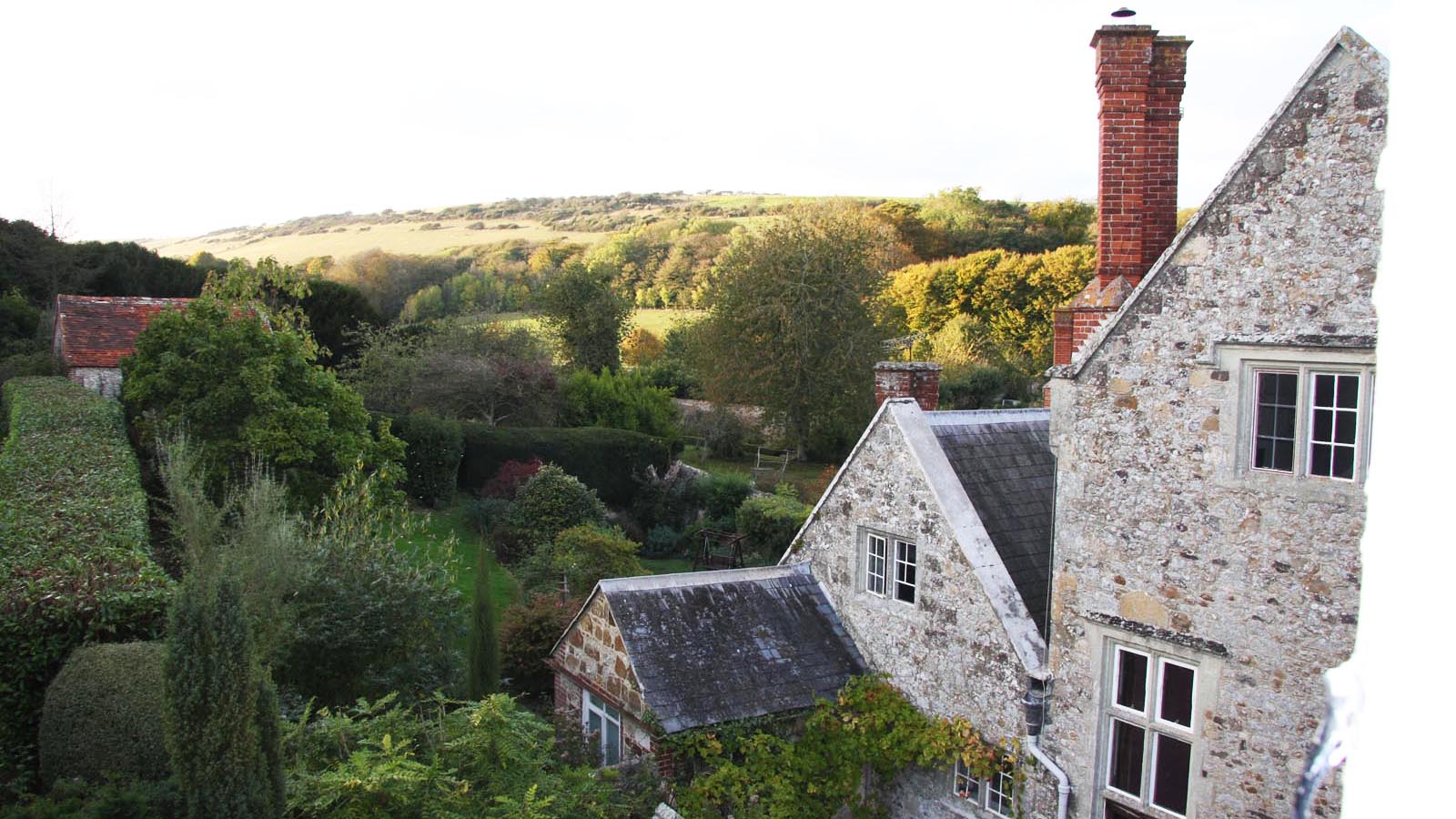 View to Fore Down 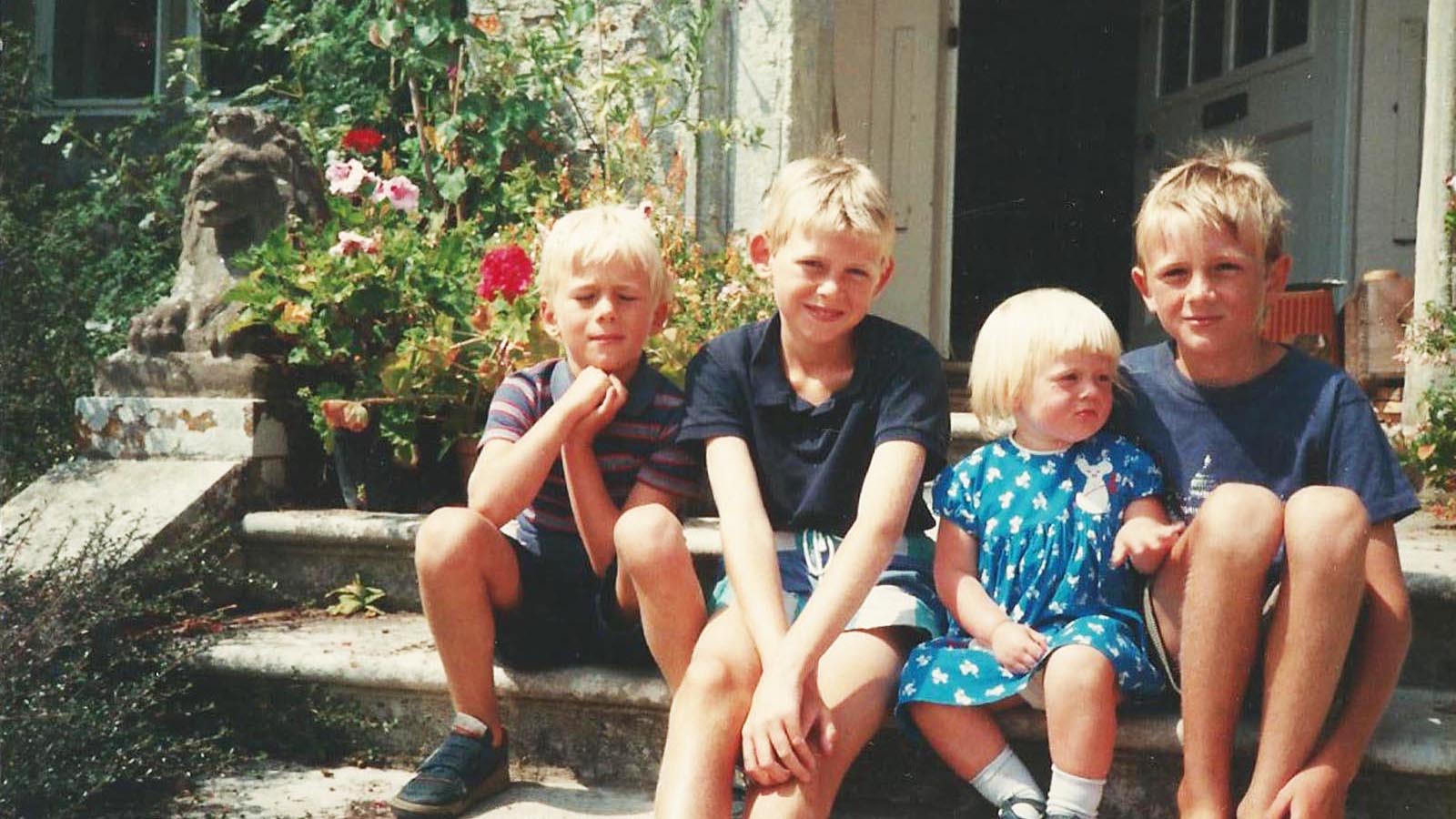 James in his youth with siblings 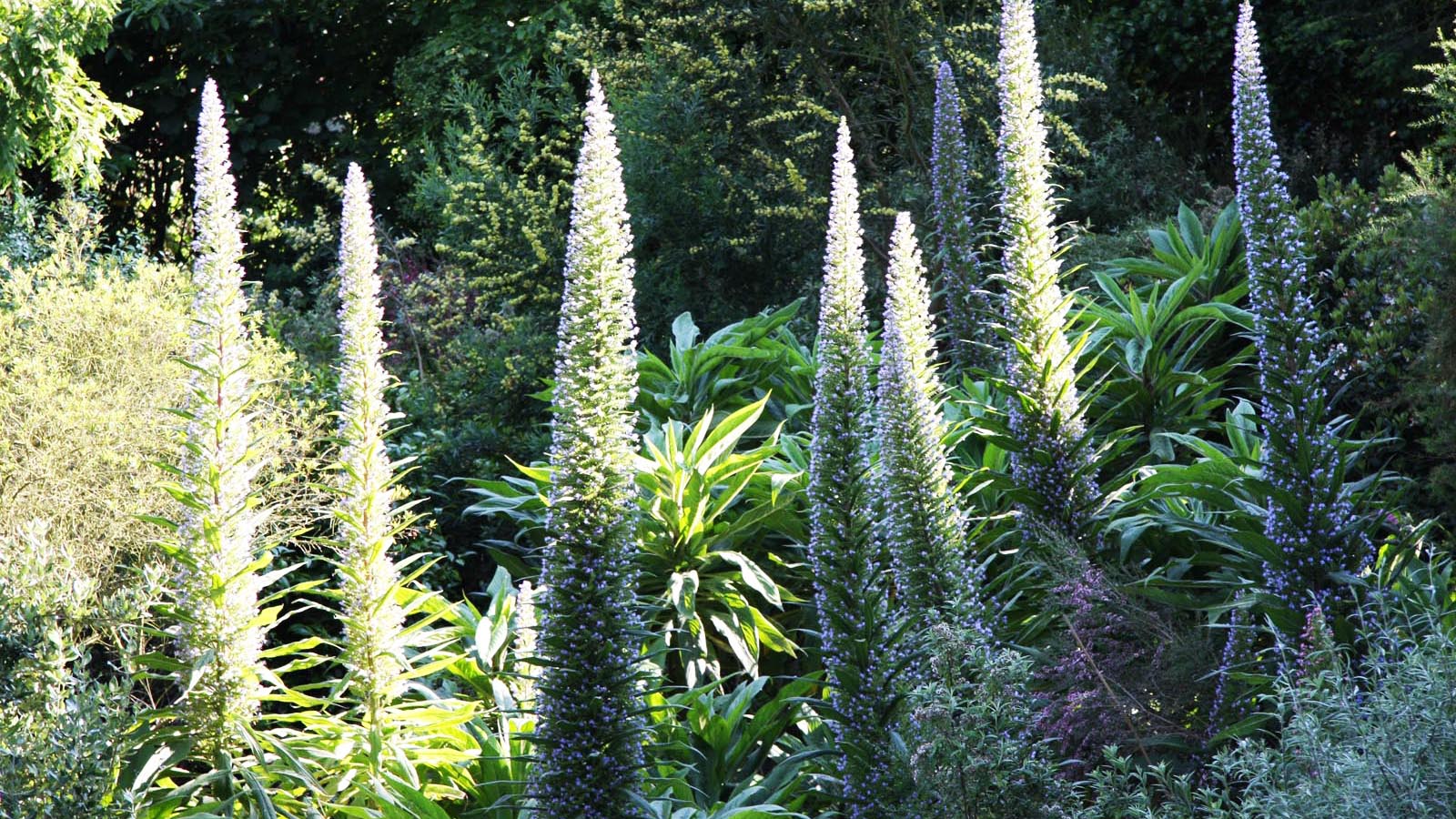 Echiums on the upper terrace 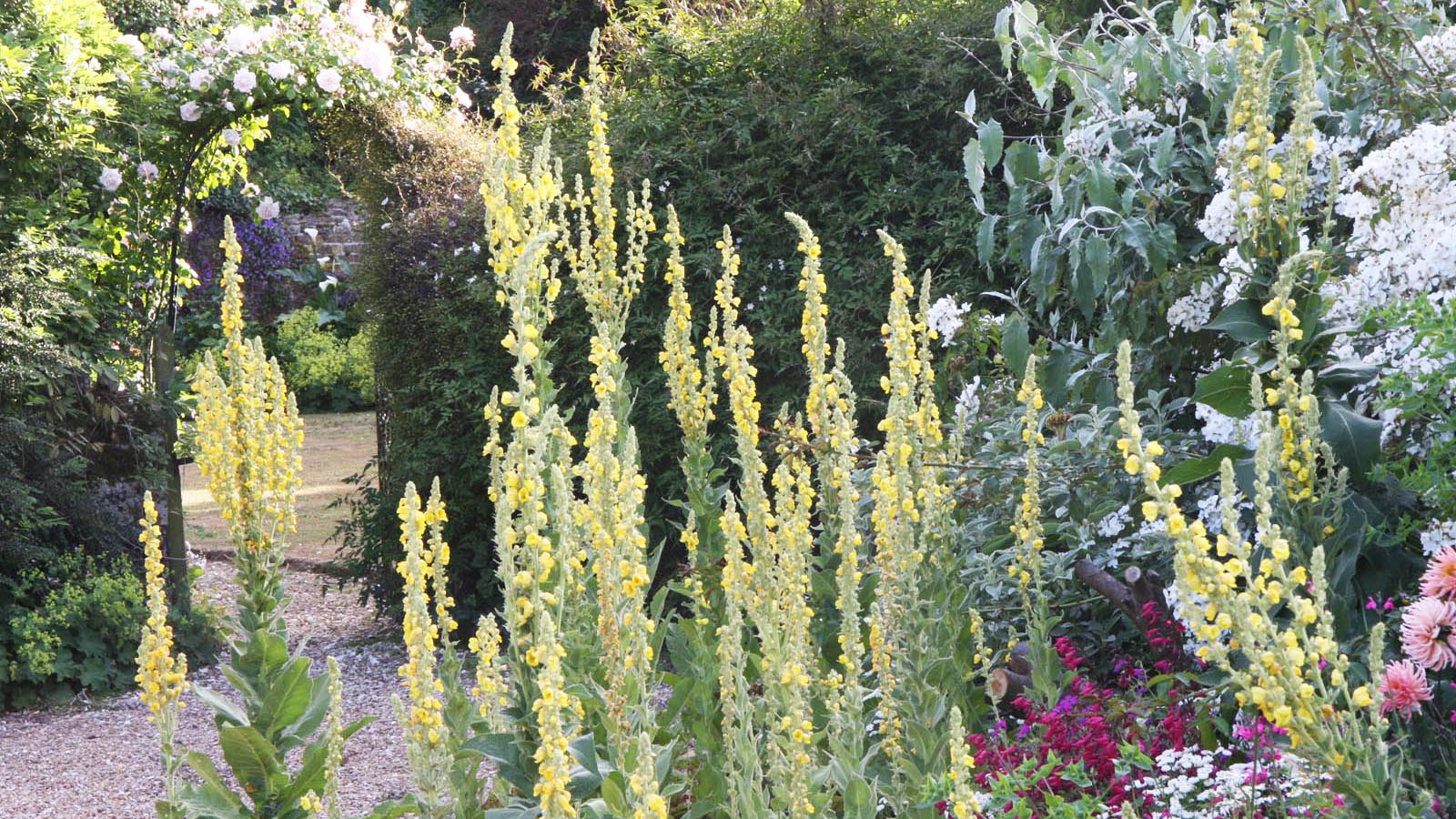 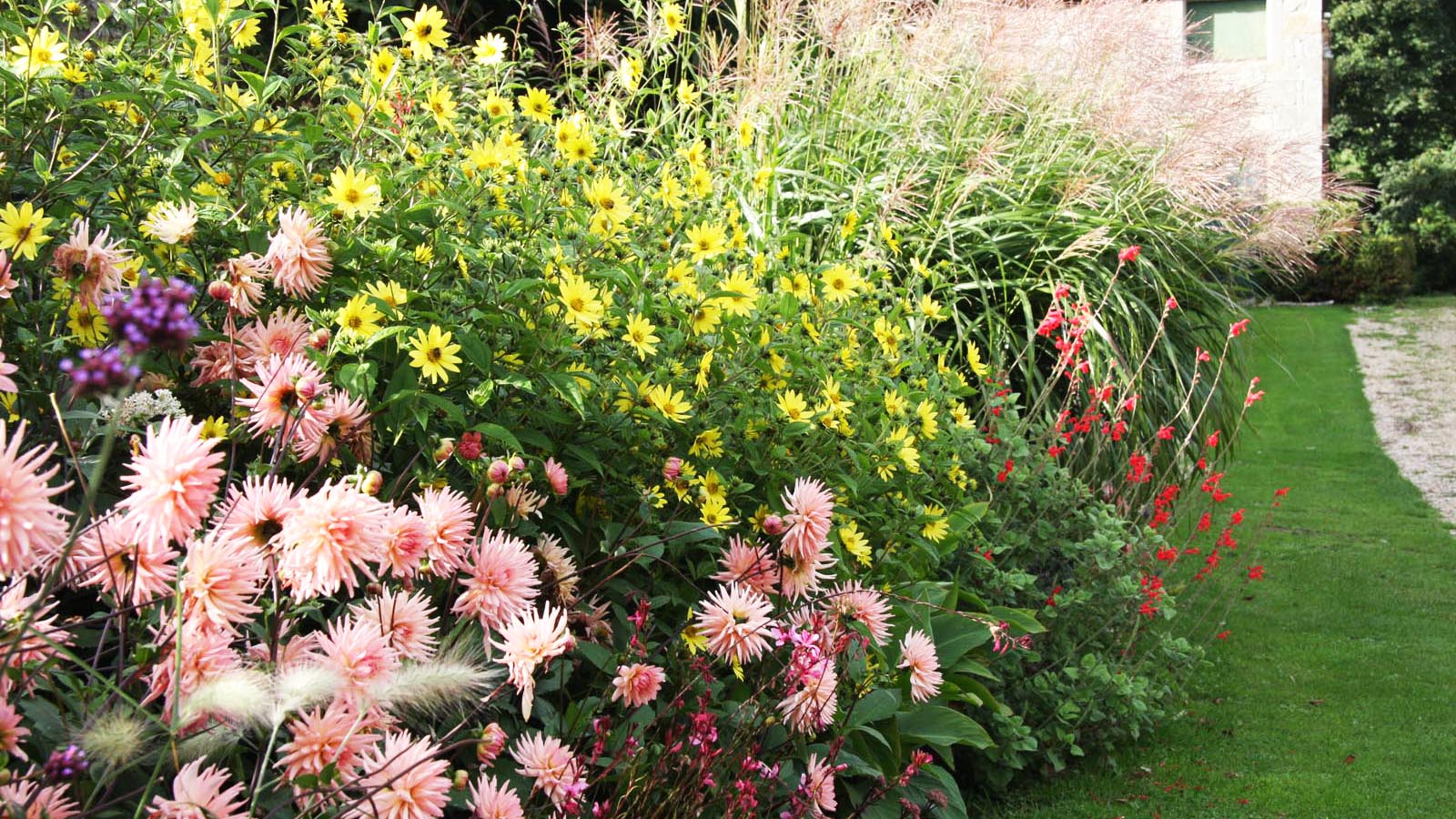 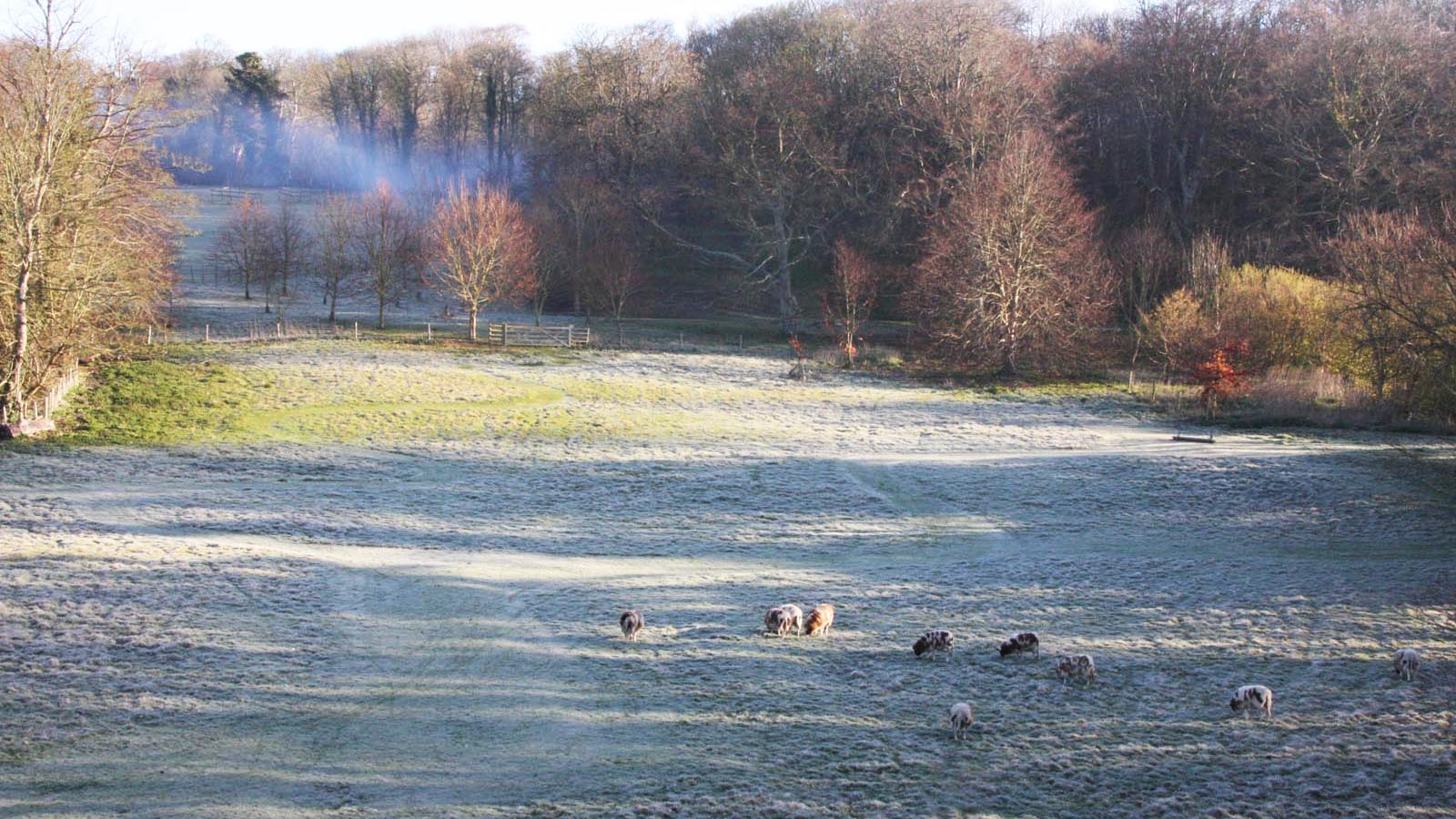 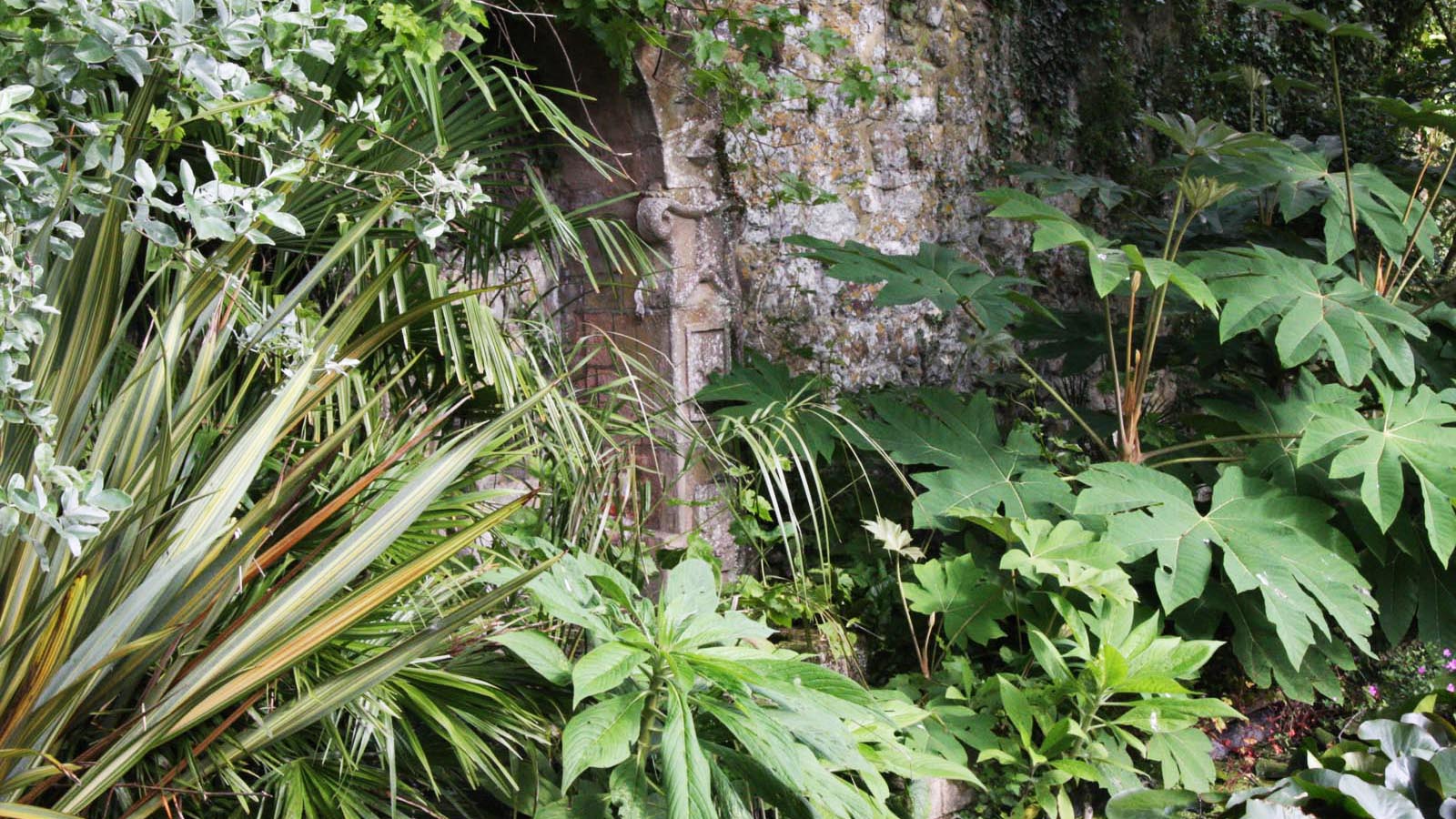 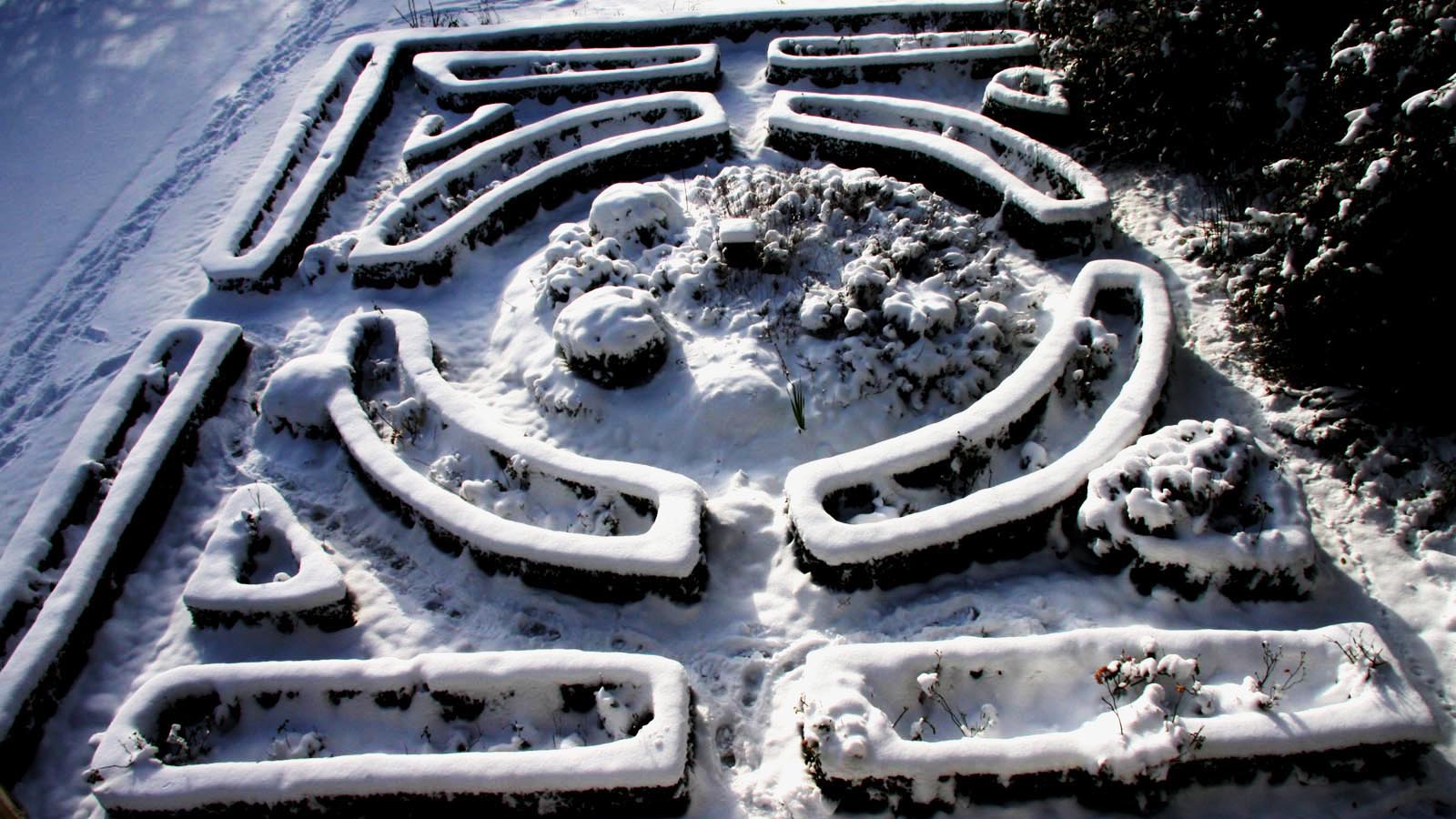 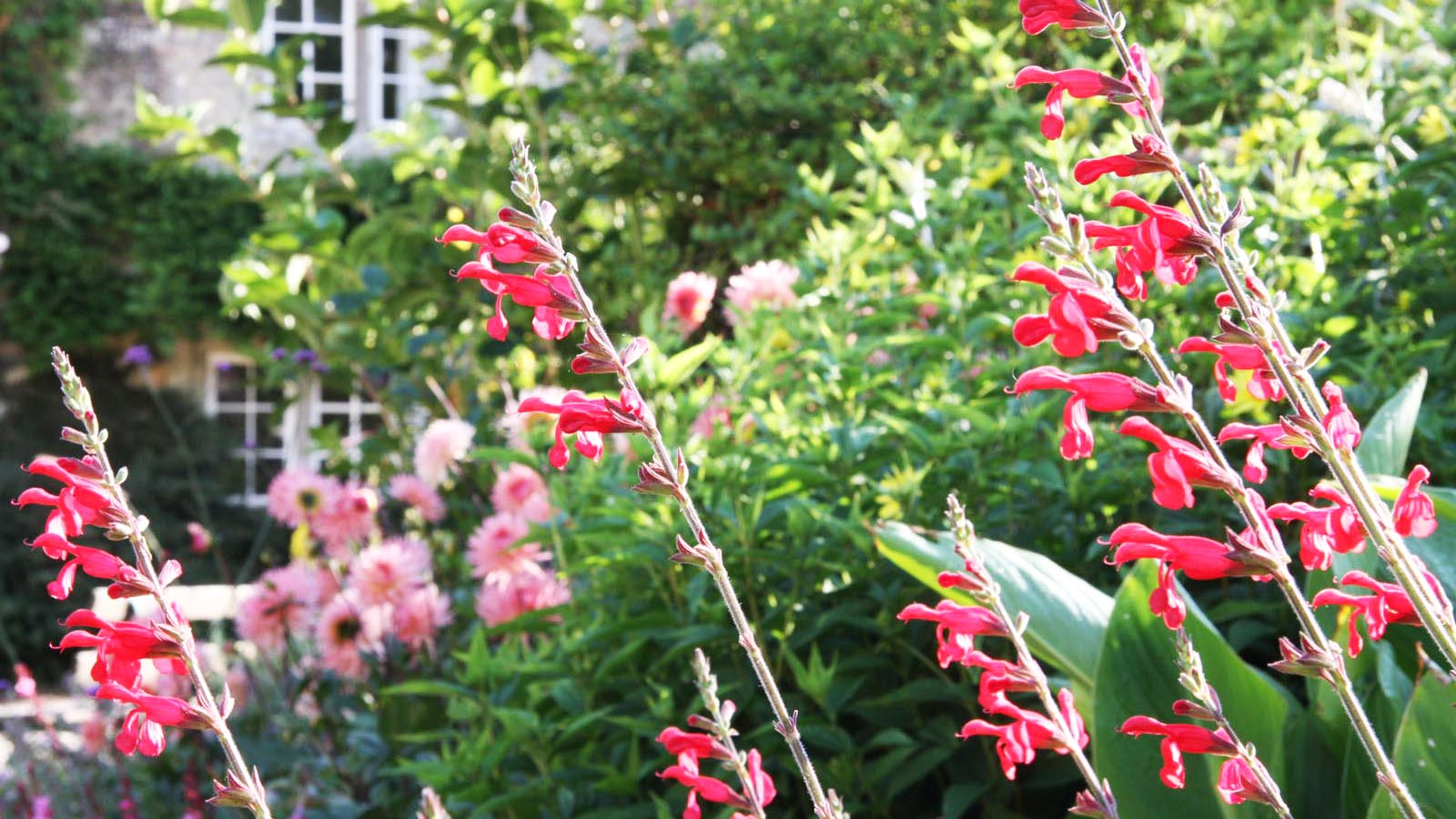 Planting in front of the house 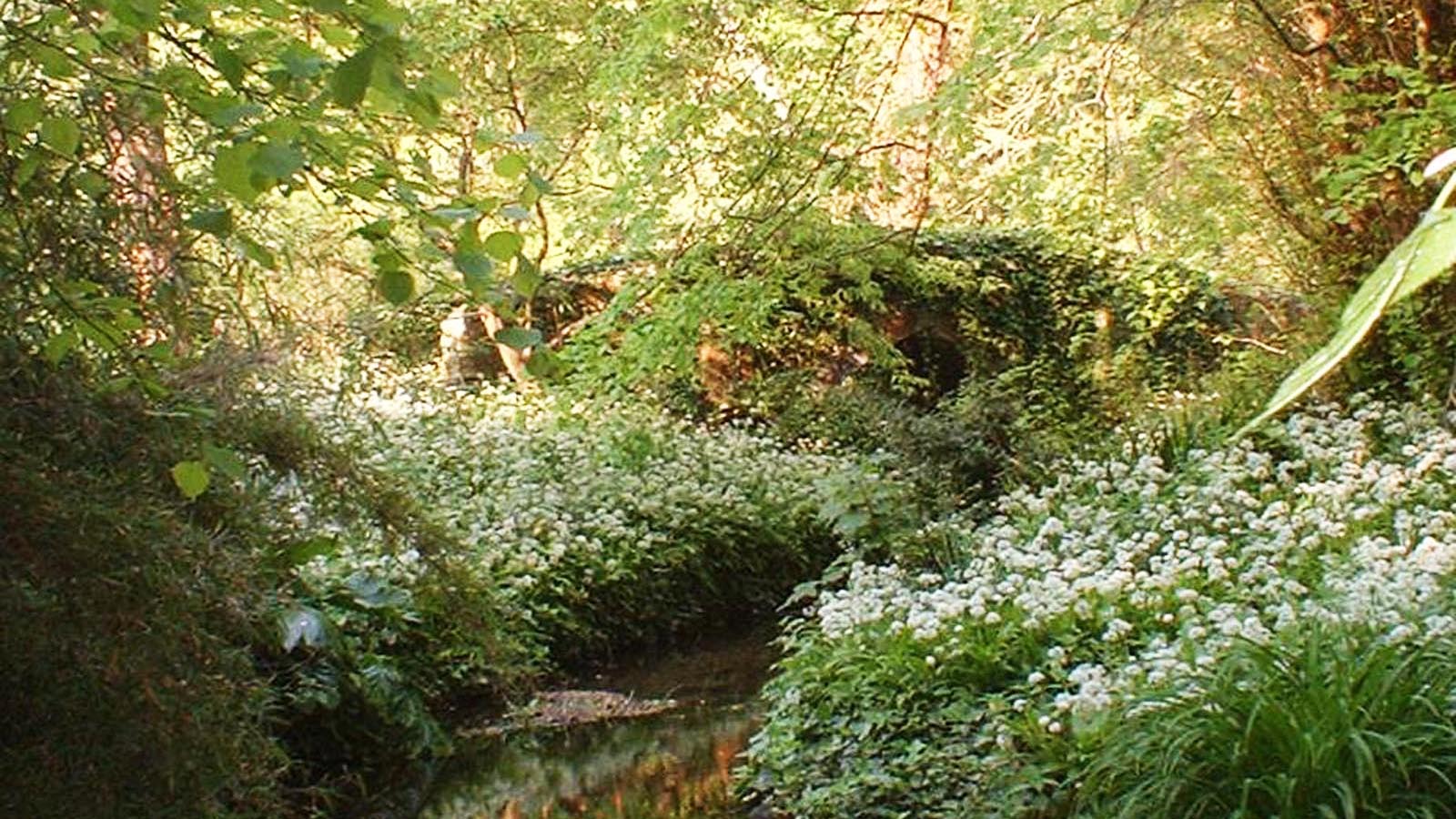 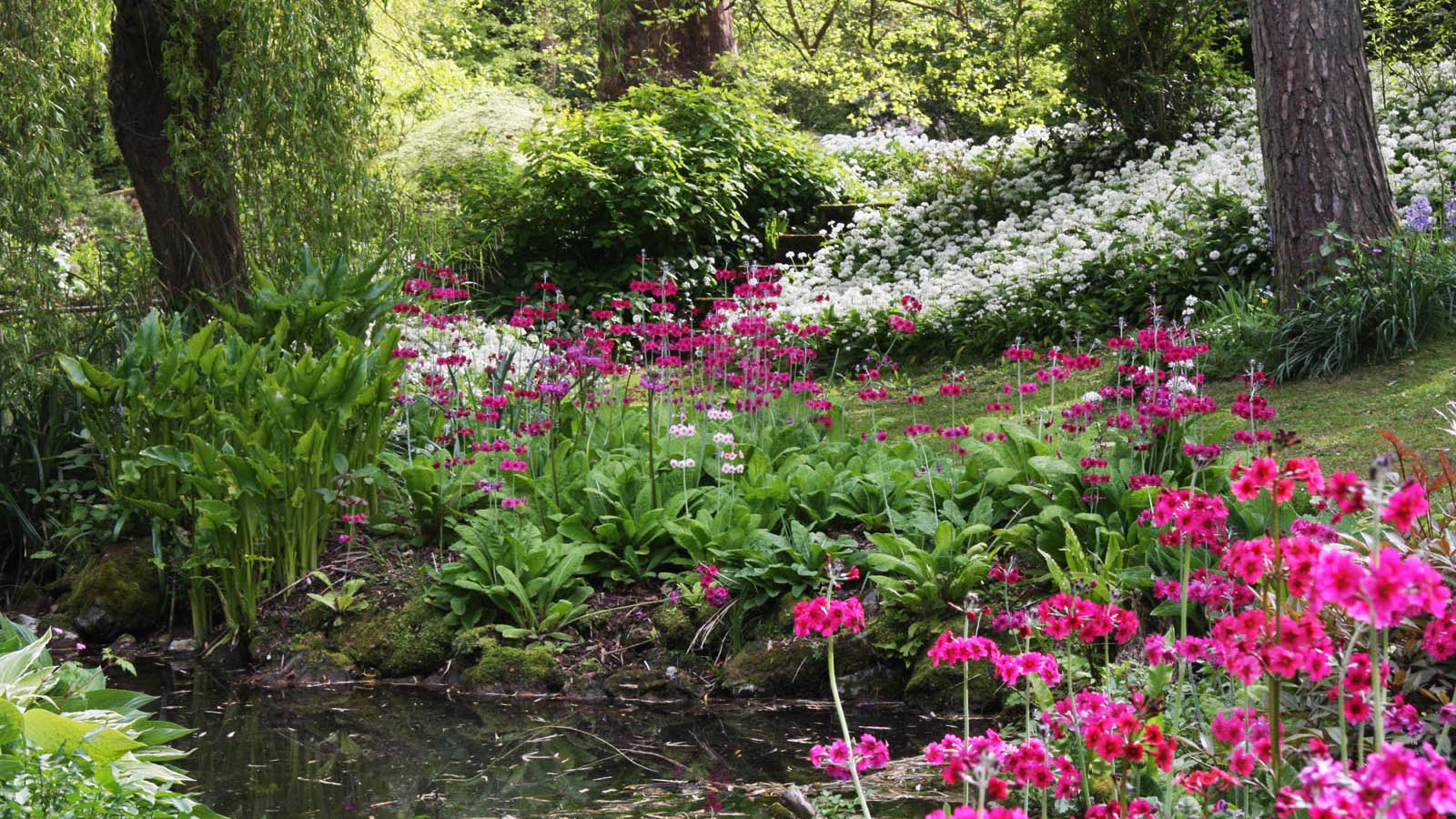 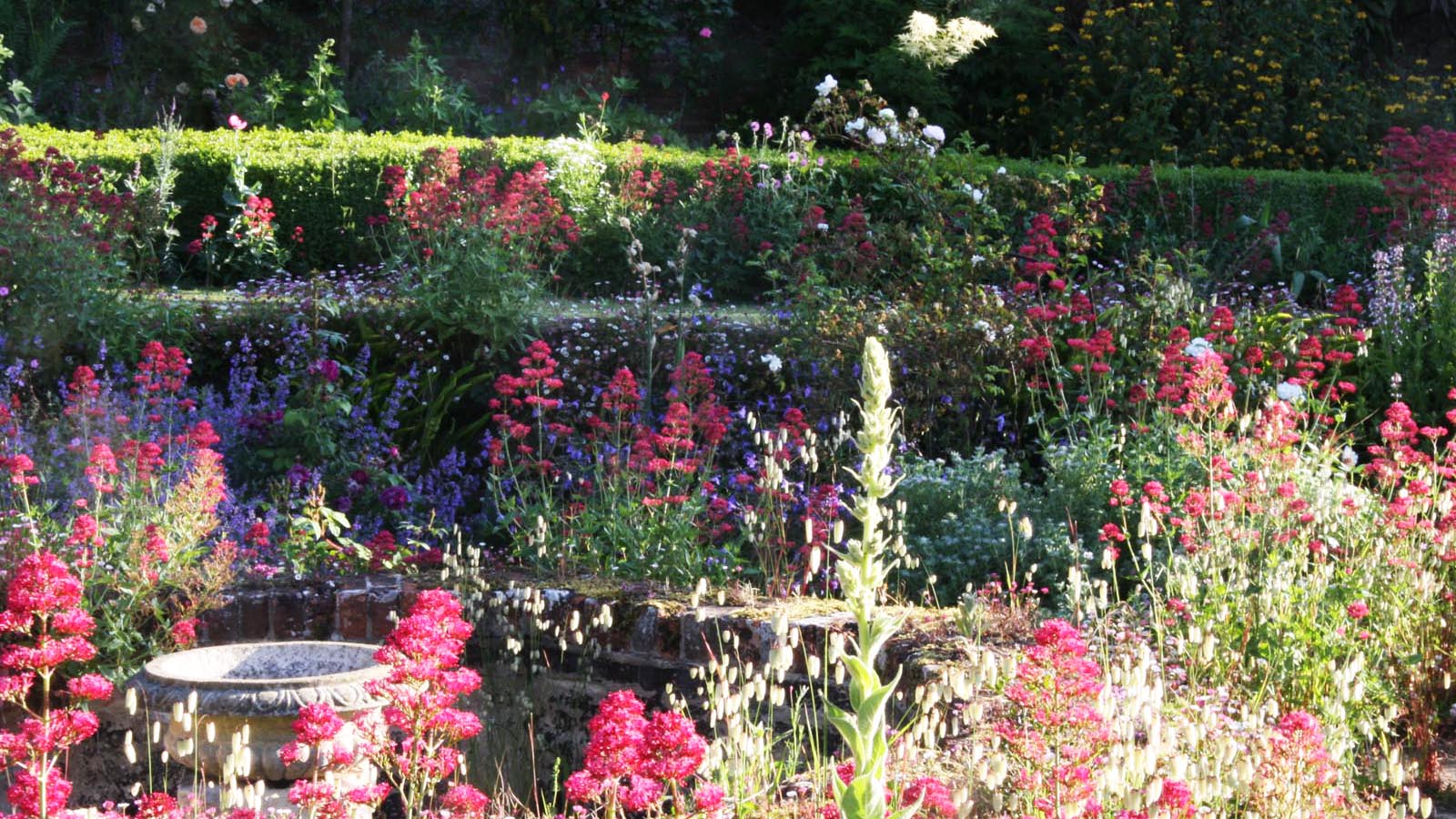 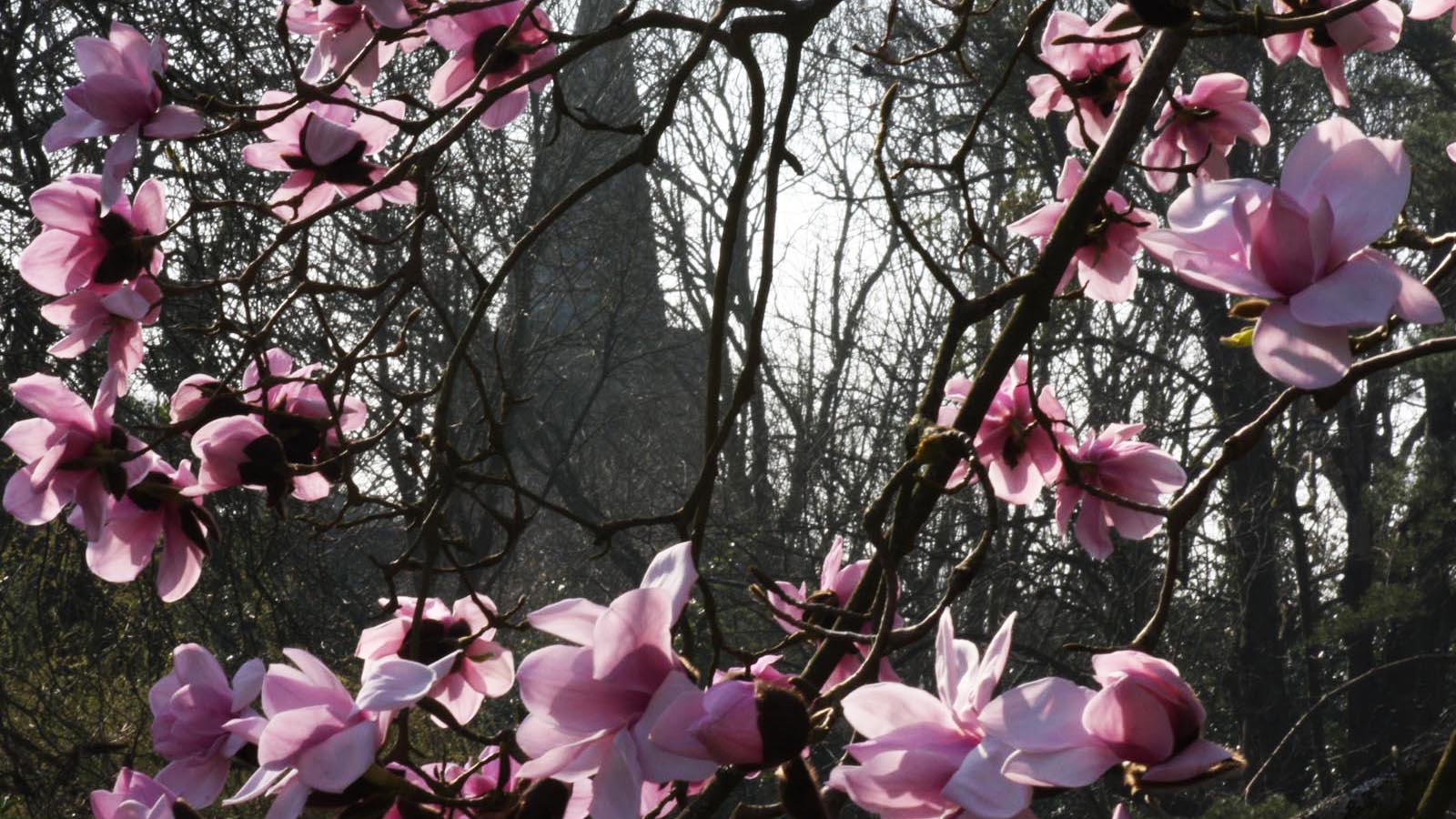 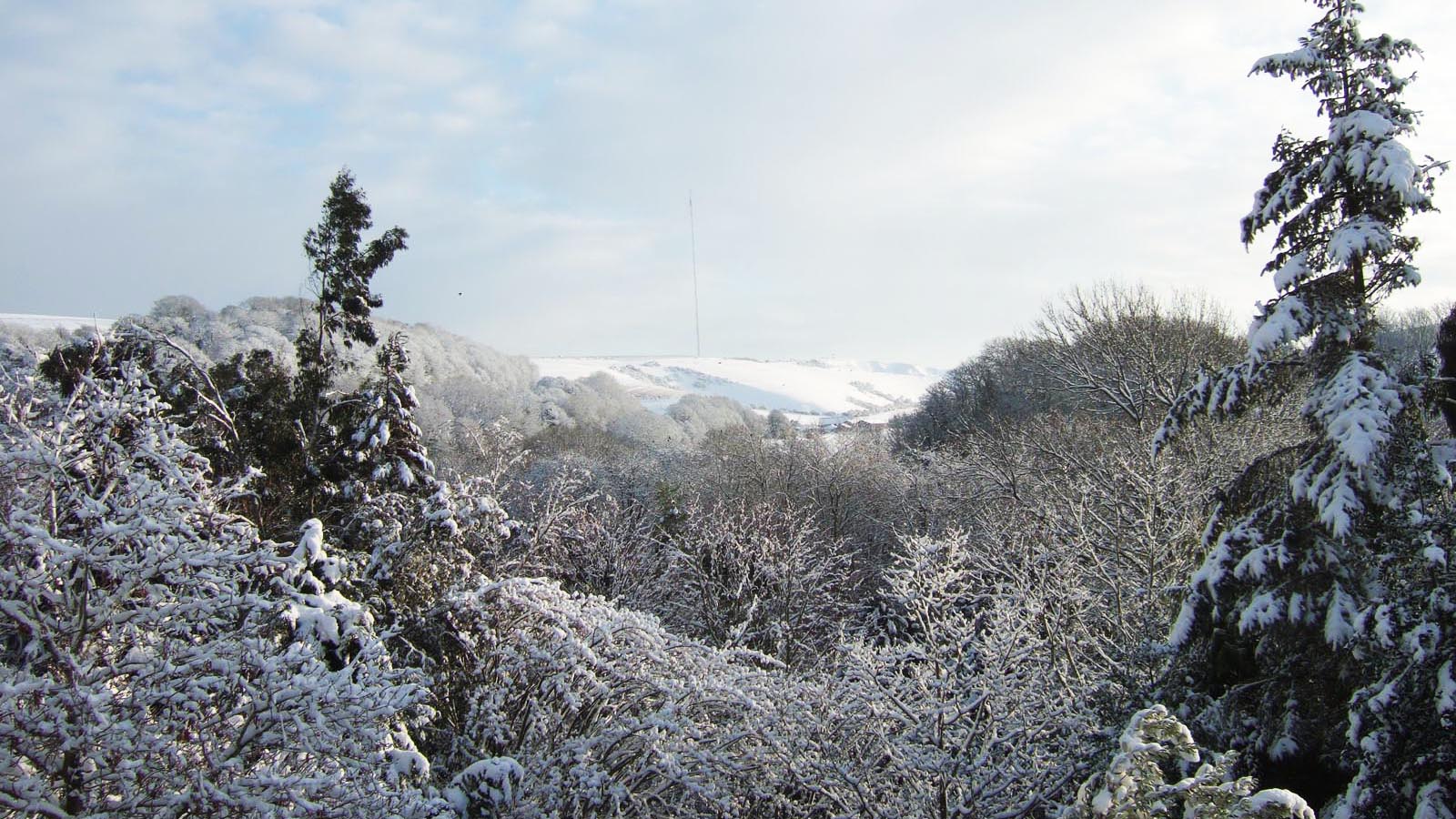